'Whali Dikari Yojana': Government will give 1 lakh to daughter in 18 years

August 31, 2020
‘Whali Dikari Yojana’: Government will give 1 lakh to daughter in 18 years
Important announcement in the budget: Benefit to the daughters of the first two children in the family: Rs. 2000 will be given at the time of admission in the first standard. 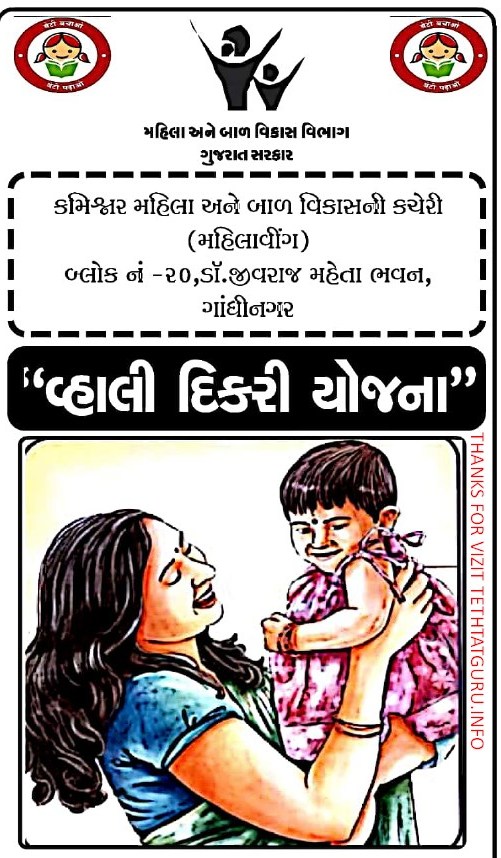 In order to increase the birth rate of daughters, strengthen their socio-economic status, reduce dropout rate in education as well as curb child marriage practice, I am announcing the implementation of a new scheme of our sensitive government Wahali Dikari Yojana in which daughters Under this dear daughter scheme, at the time of admission in the first standard of daughter, Rs. 2000 When you come in 9th standard, you will be given another Rs. 2000 and when that daughter reaches the age of 18, you will be given Rs. 1 lakh. The Wahali Dikari Yojana will help prevent female feticide. Girls’ education will be promoted and when the daughter becomes an adult, a large amount of money will be given for higher education and her marriage. For this new scheme Rs. 12 crore provision. 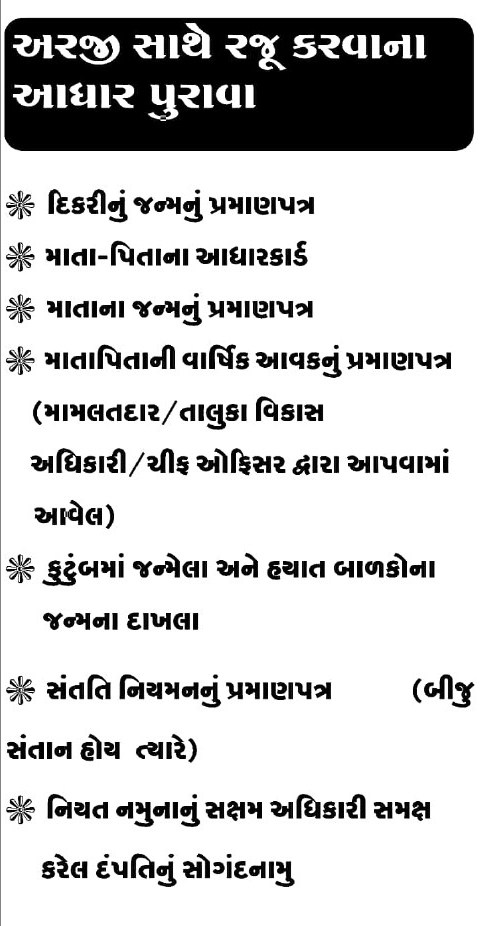 Who will benefit from this scheme? The poor, middle class will see the biggest benefit of this scheme as most of them do not educate their daughter so that they will be educated for financial gain, besides the amount that will come in 18 years will also work for their daughters’ marriage, or more. 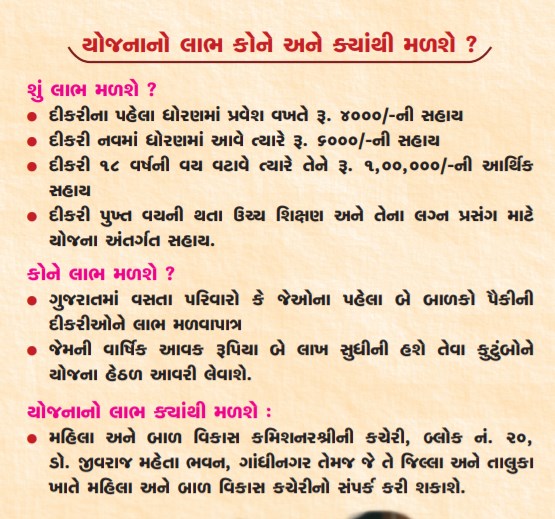 Work will also come for further education. When will the scheme start? The government and officials say that this scheme will be implemented this year.

If this benefit continues to be received this year, more than 70% of the families in Gujarat will get this benefit.

Popular posts from this blog

Ads comming soon
Diwali or Deepavali is one of the most important and grandly celebrated festivals in India. We celebrate Diwali because Lord Rama returned Ayodhya after killing the demon king Ravana and completing his exile on this day. People decorate their homes with lights and earthen lamps. A lot of people also burn crackers. People greet each other and exchange gifts. Everyone wishes for happiness and prosperity.

We have here a great collection of Diwali wishes for your friends and family. Let's have a look!


Diwali Wishes for FriendsLet the Diyas spread textures of light, let's stop burning crackers as an ideal human, let's pray for all the lovely creatures of this earth and celebrate this Diwali with everyone. Happy Diwali!
Instead of filling in more light, let's just stop dwelling in darkness. Wishing you a very happy Diwali, buddy.
Happy Deepawali, friend! It's getting cold outside. Let's unite our hearts in humanity and warm our hands on the bonfire b…
Read more